I have to admit that I have been quiet lately.  I haven’t been posting a whole lot because I didn’t have much to report….and frankly….running was hurting.  Bloomsday was a little slower than in years past (49:02) and I needed a few weeks to recover afterwards.  My body just hurt.  The aches in my joints were largely due to my other hip (non-thr) and the bad knee on that same leg.

A while back, fellow hip brother Mark Ippolito posted the benefits of the Zero Runner on this very site.    It looked like an interesting training aid.  Then out of the blue last month(May 2016), Mark sent me a message letting me know that his friend Larry Schmidt, a representative from Octane Fitness would be at the Bloomsday Trade Show demonstrating the Zero Runner to runners at the trade show.  This was going to be my chance to see the Zero Runner in action.  Being a member of the Bloomsday Board of Directors, I was able to walk the trade show floor before the show had opened.  I remember specifically heading to the Better Body Fitness booth to check out the Zero Runner that was on display.  I even hopped on it and tried it out.  Nobody was around.  I felt like a sneaky kid.  Initially it felt awkward.  I left before anyone got there.

In the middle of the day, I broke away from my Bloomsday duties to search out Larry Schmidt and introduce myself.  It was a good thing I did.  When he hopped on the Zero Runner and I saw how smooth and natural his running stride was, I was sold.  Larry also has a hip replacement so we hit it off right away.  Here is a video of when Larry tried the Zero Runner for the first time in 2014…..(He’s the one wearing the “Bluff Busters” shirt)……

Then when I learned that the Zero Runner was endorsed by the likes of Alberto Salazar, Kara Goucher and Paula Radcliffe, the deal was done.  By the end of the month  I had my own and I haven’t looked back.

The beauty of this device is it gives you full stats like current pace and distance covered while allowing you to run in full stride with zero impact.  I feel like a new runner.  I have been using it exclusively for the last few weeks while I give my joints some rest from the constant pavement pounding.  It is a dream come true.  And I have been manually uploading my workouts to Strava.  Take a look at my Hip Runner Strava page for last 30 days. 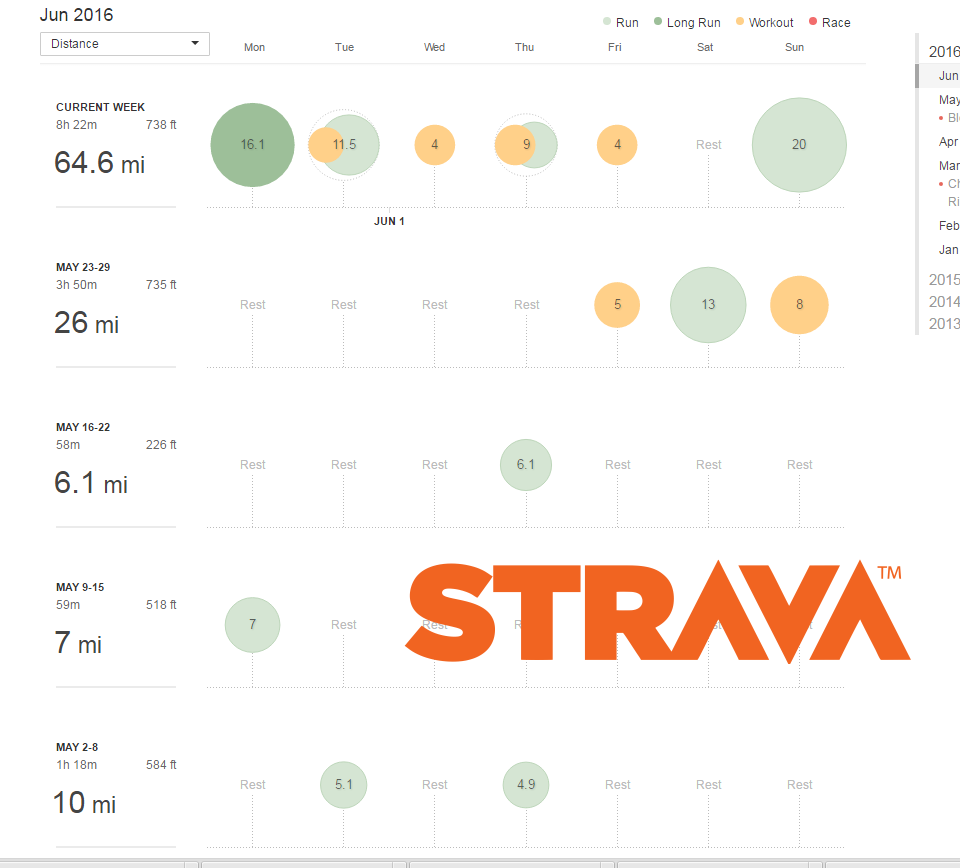 You can see where I took time off after the Bloomsday Run on May 1st…and then you can guess when I got my Zero Runner.  This thing has preserved my sanity.  Just this morning I was able to put in 2 and 1/2 hours on the Zero Runner….that equated to 20 miles. 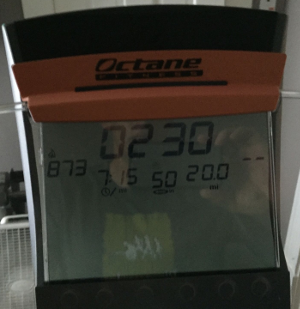 I am so much a believer in this machine that I set up a page on this site JUST for the Zero Runner.   The page lists my top 10 reasons for considering one, gives a few testimonials and provides links to more information(Click Here).  For those of you who want to continue to run, I am not sugar coating anything when I say this machine is a “Must-Have”.  I have 2 big races coming up in the fall, the Rut, and running from Rim to Rim in the Grand Canyon.  This Zero Runner is going to get me in the shape I need to be in to take on those 2 challenges.  I have to give a big shout out to Mark Ippolito for introducing me to this fantastic machine and to Larry Schmidt and my local Zero Runner Supplier Jim McKee of Better Body Fitness.  With the help of the Zero Runner  and these individuals I am optimistic that I will be posting positive reports to HipRunner on a regular basis in the near future.