Well this has been a quiet year for me with much of it with an injury or two. It started off with my attempt to win a Last Man Standing race in which I finished third, I was disappointed with my result I had had trained hard for it and prepared well but things didn’t work out come race day. Next up for me was Big Sur in April the day before my 62nd birthday. I hadn’t been able to train hard for it as my replacement hip area had been bothering me. So much so I eventually went back to my surgeon from 11 years ago and had him x-ray it and my other hip as that sometimes feels like it catches. The good news was that my replacement hip was still looking perfect after 11 years of running and over 15,000 miles of running on it. My right good hip had some wear and narrowing but nothing to require a replacement anytime soon. However I did have 2 large bone spurs of it which is probably what causes the catching and pain at some times.

With only two 12 miles runs in early March and my longest run of 14 miles 2 weeks before race day I was well underprepared and my hip still bothering me. I had 2 choices, I could probably finish the race running easy at a 10 minute pace or I could go for it and try to run a 3:30 marathon at an 8 minute pace. I decided on the latter and knew there was every chance of it blowing up, but I had to go for it. The first mile we eased into the race with an 8:20 pace before we hit the first climb and then we picked up the pace and ran the next 9 miles between a 7:30 to 8 minute pace. The weather was cold at the start of the race and you are bused to the start line to wait for over 90 minutes. I started with a long sleeve shirt on top of my race shirt but around mile 8 dropped it at an aid station as I warmed up hoping I would regret it later. The course had many rolling hills but in addition had a camber sloping down from right mountain side to the left ocean side, this started to have an effect on my hip but I pushed on. At mile 11 you start a 2 mile steep climb and also running straight into a fierce ocean wind pushing you back. Coming from Florida the climb was taking a little out of me and my lack of training so I fell of a little from the 3:30 pace group but felt confident I would be able to rejoin them easily on the other side of the climb. 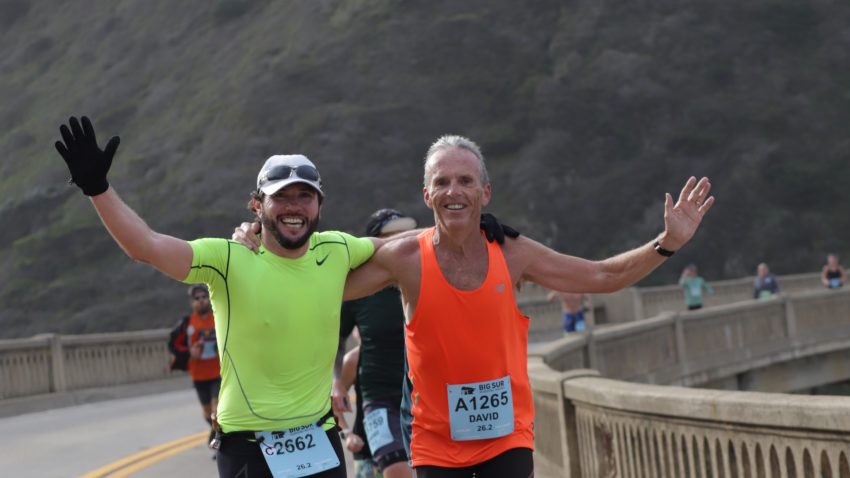 As I was approaching the top I hear a familiar voice of Greg Carro whom I’ve race with in Florida many times. We ran across the top of Bixby Bridge together listening to the guy playing the piano and had our picture taken together by the race photographer, what were the chances of that happening. We ran together for short time and then I told him to push on, the decline and camber was starting to aggravate my hip more and by the time I reached the bottom of the hill I knew my race was pretty much over. The pace group was probably a minute ahead of me and I knew I wouldn’t be catching them. I continued to run miles 15 and 16 but was now running in the 8:40’s and somewhere during mile 17 I had to walk to try to ease the pain.

I tried to run again but had to stop a minute later, the camber was now really causing a lot of pain and at times eve n walking I also shifted to a sideways walk to try to ease it. At some point near there I decided I would be walking the rest of the race to try to not do any more harm. I saw the different pace groups gradually pass me and as much as I wanted to run I knew I shouldn’t, there was no point, nothing to race for and the risk of a longer recovery. Even as I approached the finish line with people cheering on both sides of the road trying to encourage me, I just walked. At that time I felt very emotional, I had struggled and was disappointed, I wanted to do well in this race, it had been delayed for 2 years and it wasn’t the race I wanted. I knew about the hills and that was going to be a challenge but I hadn’t considered the camber. For many it wasn’t an issue but going into it with a sore hip area it really affected me, something you should consider. Yes I would like to return to this race as the beauty along the coast line is what makes this one of the best scenic marathons in the world but it’s not for me, or at least it’s not for my hip. 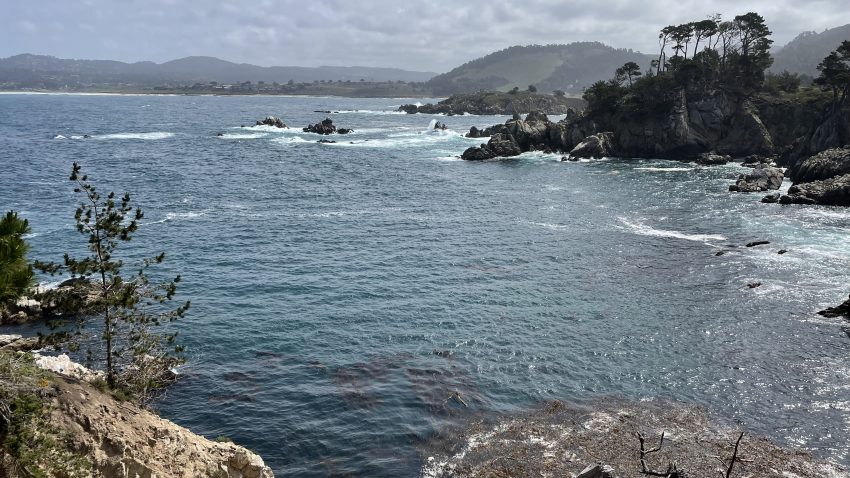