Over the sunny weekend I ran into my neighbor/friend Karen who was walking home after a run.  She had knee braces on.  Her knees are pretty shot.  She is one tough cookie.  Prior to the bad knees she was a regular in the elite field of women at Bloomsday.  She said she just had to get out because she needed to “process” things.  I think you need to be a runner to understand the concept…but I couldn’t have agreed with her more.  Pain or no pain….running is therapeutic.… (Click Here to View Full Post and Comments)

I was recently contacted through this blog by a friend of a friend who is a runner in his 30’s and he too had a bad hip. Jeremy got his replaced on Tuesday (1/17). I’m thinking there may be an epidemic of hip replacements going on here in Spokane. In his last email to me, his spirits sounded good. It will be good to get his input on his recovery. The best advice I ever received was from my friend Mark the pizza guy. He said the
first thing he had to convince himself about was that it was not an “Old Person
Disease”.  That discussion happened a year before I had my hip replacement.   It helped me to accept the inevitability of surgery. Jeremy is just another example of accepting the fact that hips go bad with anyone. It is now time for optimism. I ran into Mark and asked him how his hip was doing. He demonstrated hopping on one foot using the replaced hip. “Never Better!”. This is a new experience and I’m free falling into
it with great hope and optimism. Jeremy and I will be running when we’re 80. I
remain hopeful and optimistic about that. 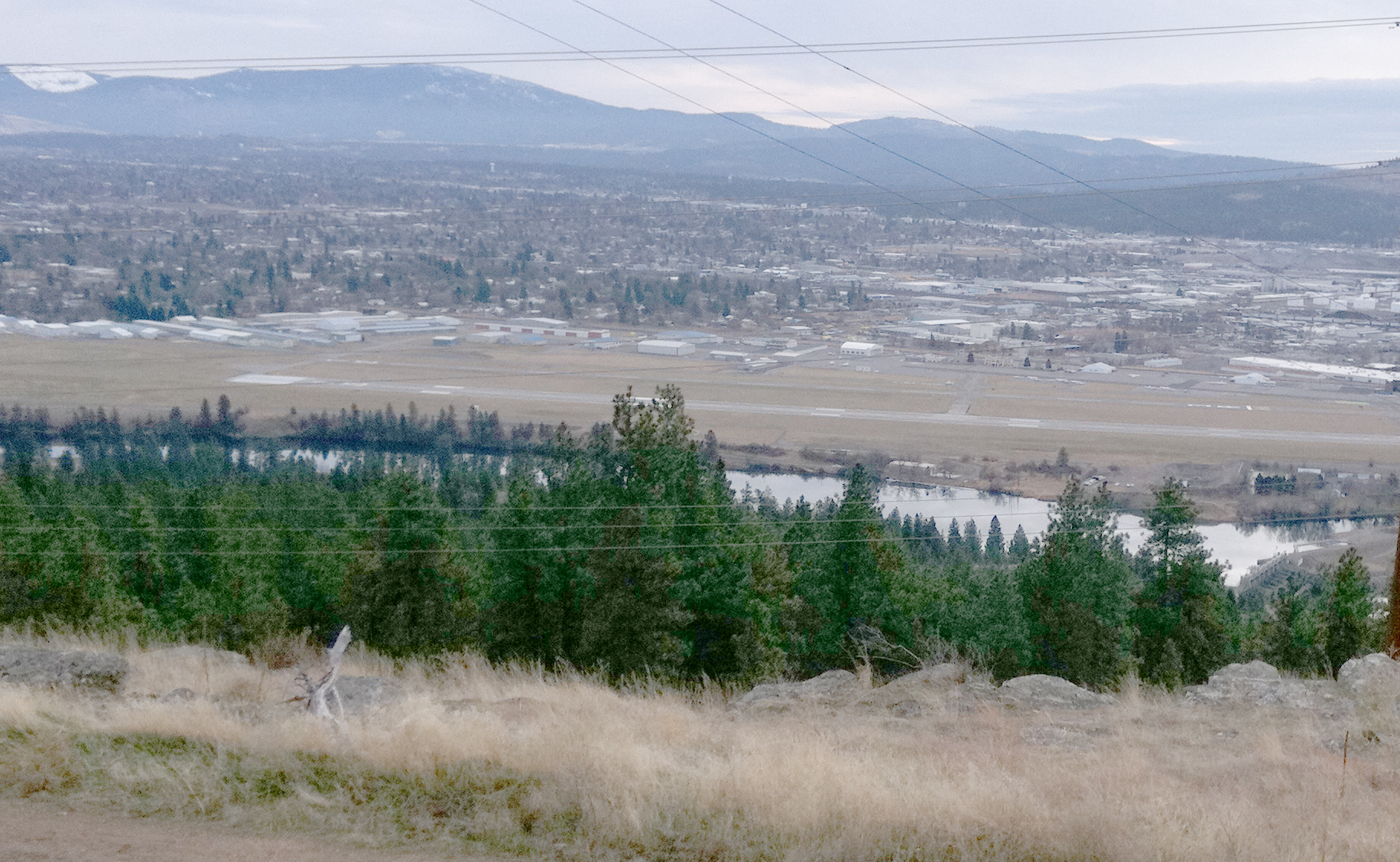 One last workout to the top of Beacon Hill. A beautiful view of the Spokane Valley

This is probably the last run I will go on (going to give the hip a 1 day reprieve before the big day).  Ran up Beacon Hill this morning at a leisurely pace.  The reward was the view from the top.  We runners are crazy that way.  I found an excerpt in the February 2012 Issue of Runner’s World (Weird that its January 1 and I’m reading the February 2012 issue – but I digress).
“The run itself, though, had suddenly become indescribable.  It wasn’t easy, but it was not hard, either.  I didn’t know until that  moment that there was a hidden gear between hard and easy.  I tried to figure out what it felt like, but it was unlike anything else in life I could think of – not like a sunset, not like an explosion, not like jumping from a plane nor swimming in a river nor holding a newborn.  Not like music or mathematics, not love nor hate nor indifference.  The moment a run becomes indescribable is the moment it becomes private – not secret, just impossible to share.”  Marc Parent – The Newbie Cronicles – Runners World Feb 2012