Hi!  Doing well had post-op apt yesterday all cleared!   I still am having hip flexor issues guess it takes time but im doing well!  🙂 would like to share a article that came out through New England Baptist I think everyone will LOVE!   If I can get it on here!45852_NEBH   Please take a look at this !  I cant say enough about the Baptist and there physicians they are TOP NOTCH!… (Click Here to View Full Post and Comments)

“Five years ago I had both my hips done seven weeks apart. My doctor wanted me to get back to running so six weeks after my second hip I started a run-walk and slowly increased distance. three years later I did the Twin Cities marathon in 4:22:23. I was 56 at the time. I know of others with THRs that run most of them don’t tell there doctors. My right knee has been arthritic for a long time and two months ago I had it replaced! My doctor does not want me to stop running so working with a therapist I have started a
run-walk and things seem to be going fine. My hope is to run the 2014 marathon. I just wanted you to know that there are a number of us out there that are not going to let arthritus stop us from doing what we love!”

“When I had my hips done all I could find was people saying it was stupid to try to run after hip replacement, now after myknee replacement I decided to look again and found you, this looks like a wonderful blog.” – Perry

Thanks for the input Perry.  Good Luck with that knee!! You’ll be running before you know it.… (Click Here to View Full Post and Comments)

I went in to Dr. Tim’s office today for a Post Op Checkup.  All is well with the hip.  The one thing about the hip is since the pain is gone…..it has magnified other areas of my body that seem to ache.  One of the nurse’s referred it to the hammer and the thumb syndrome.   I wasn’t noticing these other aches because the pain in the hip was so severe.  I think I’ll just carry a hammer around with me.  That way….I’ll never worry about these aches and pains.  All is well on the hip front.  I’m supposed to go back in 6 months to a year.

I received some inspiration from a gentleman named Colin who found my blog.  He is looking at getting either a replacement or a resurfacing.    When you’re a runner or an active person….a bad hip will really kill your quality of life.  So I always encourage active people to go for it.  The sooner the better.  Colin gave me a link to another inspirational testimonial about a guy named Norman who had a double hip replacement in 1998.  He is now in his 60’s and is doing 40 miles per week, living the good life of running and staying active.  You can read more about Norman here…..

Thanks for the info Colin and good luck to you. 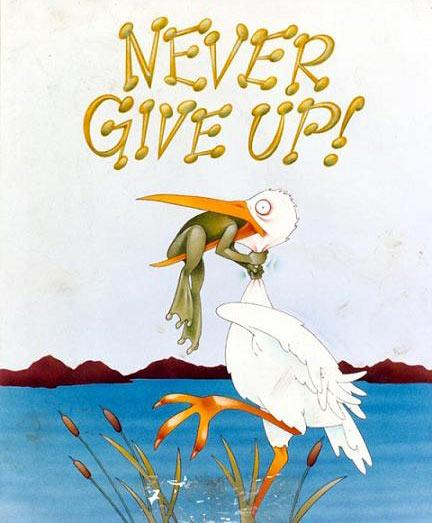 One would think that running 10 minutes slower than last year’s Bloomsday would be cause for a nervous breakdown.  Not me.  The picture above says it all.  I had a quiet goal when I jumped off of the camera truck and prepared to join the masses and run my first Bloomsday since the hip replacement.  Take it easy…..break an hour.  Well, it wasn’t quite THAT easy….but I did break the hour barrier and I felt good when I finished.  At mile 7, my hamstring started crying foul.  It held on though and even though it was tight at the finish, I survived without injury.  Day 2 after Bloomsday, and my hip has pretty much asked me to take a little time off…..I’m listening.  After all, that hip needs to be ready for Hoopfest in 2 months.  Awww optimism……love it!

OK so I was looking at the testimonials that I posted on this blog and the first one that I posted…..titled…..”OPTIMISM” is SHOCKING TO ME.  Here’s what it said……

4 years ago I had both hips replaced 7 weeks apart, my Dr. was fine with me running again so 6 weeks after my second hip I started running. It wasn’t easy but I stuck with it and last year I was able to run the Twincities Marathon. Now I run 6 miles three days a week and it’s like I never had arithritis. So Gimpy Keep running!

I’ve met my match.  THIS  DUDE IS C-R-A-Z-Y!!!  I think my friends would say that I’m as hard core as they come, but there is NOOOOOOOO way that I would attempt to run after 6 weeks.  I still feel pain.  It’s still tender down there.  I would be afraid I’d do more damage than good.  No wonder it wasn’t easy for the guy.  He was still in FREAKING pain!!! I’ll stick to Dr. Tim’s advice and wait 3 months before I test the waters.  And I intend to run more than 3 days a week too! Still optimistic……..just not crazy. 🙂

I was recently contacted through this blog by a friend of a friend who is a runner in his 30’s and he too had a bad hip. Jeremy got his replaced on Tuesday (1/17). I’m thinking there may be an epidemic of hip replacements going on here in Spokane. In his last email to me, his spirits sounded good. It will be good to get his input on his recovery. The best advice I ever received was from my friend Mark the pizza guy. He said the
first thing he had to convince himself about was that it was not an “Old Person
Disease”.  That discussion happened a year before I had my hip replacement.   It helped me to accept the inevitability of surgery. Jeremy is just another example of accepting the fact that hips go bad with anyone. It is now time for optimism. I ran into Mark and asked him how his hip was doing. He demonstrated hopping on one foot using the replaced hip. “Never Better!”. This is a new experience and I’m free falling into
it with great hope and optimism. Jeremy and I will be running when we’re 80. I
remain hopeful and optimistic about that.

Oh I like this one because it shows before and after proof.  All it takes is a positive outlook and Boom!  Great things happen.  Here is one comment from this article….

“About 1-year post op I was back to playing in a competitive league basketball, only now with much more flexibility and pain free. And 2-years post op I ran the 2000 Peachtree 10K Road Race with a time of 51:01.”… (Click Here to View Full Post and Comments)

This post has me even more excited, hopeful and optimistic.  Amy Barrow was 44 when she had a “double hip replacement” using “the titanium spike and ball combo and the fancy new plastic cups” (This is what I’ll be getting).  Here is an excerpt from the article….

On New Year’s Day of 2006, 48-year-old Amy Barrow was the first woman home at the Resolution Run 5K in Nashville, beating accomplished runners half her age. The Nashvillian clocked 19 minutes and 40 seconds over a tough course that incorporates two bridges over the Cumberland River. Not too shabby, huh?

I found some great posts on the web that I had to include in this area….I’ll continue to add as I find them.

GIMPY.  So this first testimonial is in response to an individual named Gimpy who had a hip replacement and was asking the community what they thought about running.  She had started to run, but was concerned about the long term effects.  There were several replies to her post.  The boo birds were there telling her all about the no-no’s of running after hip replacement, but one individual left the following quote:

4 years ago I had both hips replaced 7 weeks apart, my Dr. was fine with me running again so 6 weeks after my second hip I started running. It wasn’t easy but I stuck with it and last year I was able to run the Twincities Marathon. Now I run 6 miles three days a week and it’s like I never had arithritis. So Gimpy Keep running!